Background: The short tandem repeat (STR) analysis is used to explore the hidden secret of the forensic system by collecting, preserving and understanding the evidences required to prove the crime. The present study was conducted to provide the scientific evidence for the involvement of the unknown person (alleged) for the sexual assault on a three years old girl child.

Materials and method: The genomic DNA was extracted from blood and semen. The genotyping analysis was done for 15 STRs and 17 Y-STR by commercially available kit. Real-time PCR was used to quantitate the isolated DNA.

Conclusion: STR analysis of the mixed DNA profile and semen analysis revealed the involvement of more than one person in committing the crime.

Child sexual abuse is a major problem in India, most of the time sexual abuse offenders are acquainted with the victim, approximately 30% are relatives of the child, 60% may be family friends, baby sitters or neighbors, only 10% of child abuse cases where strangers are involved (Child sexual abuse in India) [1]. The ever increasing rape cases in Delhi particularly the child sexual abuse has no respite even stringent laws like Protection of Children from Sexual Offences (POCSO) Act [2]. The main objective of POSCO was to address effectively the sexual abuse and sexual exploitation of children and also to define different forms of sexual abuse. It includes speedy trial and increased penalties for the offenders. In spite of all the efforts, sexual assault cases are still increasing day by day. The traditional methods for criminals identification is time taking, less reliable and unable to fixed the criminals because of crimes nature and its complexity. The short tandem repeat (STR) DNA profiling by Forensic science experts now became highly acceptable tool to ascertain the individuality of victim & suspects in various criminal and civil cases [3].

STR is now became an advanced tool in human identification purposes. It can determine the identity of a person from the body fluids like blood, saliva, semen, sweat, tissues, teeth, skin, hair roots, bones etc. It is one of the most valid and useful methods for the comparison of different loci on DNA from two or more samples [4,5]. Since, DNA profile is unique for an individual except twins thus evidence based on it ascertain the truth. STR is present in the microsatellite region of the nuclear DNA, consisting of a unit of 2-13 nucleotides repeated hundreds of times in a row which is specific for each individual. STR analysis measures the repeating units of an individual accurately [6]. The polymorphic nature of the STR regions discriminate between one DNA profile to another making it valuable for forensic investigation [7]. AmpFISTR Identifiler Plus® kit, a globally recognized multiplex PCR kit for highly challenged biological samples [8]. Our genome contains thousands upon thousands of STR markers of which only small core set of loci have been selected for its use in forensic science for the evidence in court of low [9]. The present study was designed to explore the scientific evidences to identify an alleged case of sexual assault on a three years old girl child.

We present here a case of child sexual abuse for the trace of scientific evidences based on molecular examination point of view. Mother narrated to the police officer that one neighbor person sexually assaulted her three year old girl child. The case was registered under section 376 (2) (i) /377IPC/ & 4/6 POCSO Act, Govt. India. Furthermore, the mother took her child into confidence then the child was also able to narrate her mother about the unfortunate incidence. The victim’s mother has also shown that blood was present on the clothes of victim. The victim also pointed out the place of occurrence where this offence takes place. The investigating officer collected the material evidence from the scene of crime as well as exhibits after medical examination of the victim. The Exhibits were forwarded to the Biology Division of Forensic Science Laboratory (FSL) Delhi, Govt. of NCT of Delhi, India. It is requested to look for unidentified traces, bed sheet (form the spot), oral swabs, vaginal swabs, cloths, undergarments, in between fingers, body fluids, nail scrapings, breast swab, cervical mucus collection, rectal swab, oral swab, blood & urine samples of the victim.

Description of Exhibits and Samples

Biological samples from victim, accused & scene of crime were forwarded by the investigating officer & deposited in FSL Delhi for Forensic DNA analysis. The samples were stored at 4 °C in a refrigerator located in a secured area till the study completed.  DNA profile of exhibit ‘A’ (blood sample of victim) was matched with the exhibit ‘B’ (blood on the undergarment of alleged). The DNA profile of exhibits ‘C’ (cotton wool swab/ micro slide of accused semen) and exhibits ‘E’ (alleged gauze’s blood) were matching with mixed profile generated from exhibit ‘D’ (bed sheet) as shown in Figure 1. All the exhibits were subjected to DNA examination.

Figure 1: The Underwear and blood Gauze of known accused claimed by the victims.

All exhibits on which blood and semen detected were subjected to DNA isolation. For this purpose the exhibits were cut in small pieces firs if needed, then soaked in lysis buffer and kept at 56 °C for 12 hours. The genomic DNA from blood and blood stains was isolated by using organic phenol-chloroform extraction method. Differential isolation protocol was used for DNA isolation from seminal stains. Isolated DNA was recovered in 30μl TE buffer and preserved at 4 °C for further analysis. The quality of isolated DNA was checked on 1% agarose and quantitative estimation was done using Nanodrop-2000 at 260/280 nm (Thermoscientific, USA). Real Time PCR (RT-qPCR) was performed for DNA quantification as per the recommended protocol.  RT-PCR amplification was carried out in 25μl PCR mater mixture containing 10 μl of PCR reaction mix, 5μl of Identifier Plus® Primer Sets and 10μl of template DNA. The amplification was carried out under conditions of initial denaturation at 95°C for 11 min, followed by 28 cycles of denaturation at 94 °C for 20 sec, annealing at 59 °C for 3 min, extension at 72 °C for 1 min and a final extension step at 72 °C for 10 min. Fluorescent dyes such as blue, green, yellow & red were used in DNA profiles analysis that help in distinguish between different locus (Table 1). There are fifteen (N = 15) autosomal markers (D8S1179, D21S11, D7S820, CSF1PO, D3S1358, TH01, D13S317, D16S539, D2S1338, D19S433, VWA, TPOX, D18S51, D5S818, FGA) & one sex marker (AMELOGENIN) were analyzed (Table 2, Figures 2a-2d). Capillary electrophoresis of the amplified products was carried out on ABI 3500 XL genetic analyzer (Applied Bio-system, USA). Data was analyzed by using Gene Mapper® ID-X 1.4 (Applied Bio-system, USA). STR analysis has been done for comparing specific loci on DNA from two or more samples. In-house control along with the kit control was also used as internal reference. 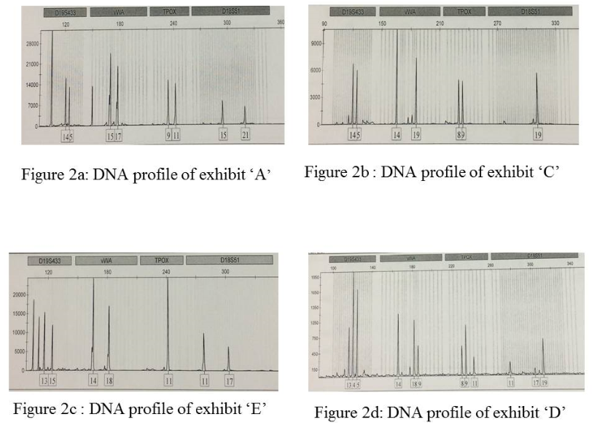 Figure 2: Now I would like to mention second reference it’s more shocking from above one from the Book “End of Days” by Sylvia Browne Page number 191.

The biological samples are source of many PCR inhibitors and considered as leading obstacle in DNA profile generation and analysis. Many PCR inhibitors such as salts and detergent concentration or proteases decrease the DNA polymerase activity. Some other inhibitors like heparin, hemoglobin, proteinase K, phenol, EDTA, excess of magnesium ion can also inhibit PCR amplification. Some chemical such as urea and phenol are known to degrade DNA polymerases thus create nuisance in the PCR reaction. Ions like calcium and other factor such as haematin from blood and dye released from fabrics etc. inhibit polymerase activity. High concentrations of calcium competes with magnesium by competitive binding therefore, magnesium is no longer available as a cofactor for the polymerase activity.

All the details of the data were entered on excel sheet and presented in tabular form.

In the present case study, successful DNA profile were generated from the blood and semen samples from the exhibits A, B, C, D and E. STR is used as high relevance molecular markers in the genetic analysis and its interpretation in identifying the actual culprit. In the recent years, forensic science takes advantage of the population's variability in STR lengths in discriminating one DNA sample from another. Boggle mind finding in the case was that the autosomal male DNA profile generated from the vaginal swab stains didn’t match with the DNA profile of the known accused. In this case, matching of all alleles of exhibit ‘A’ with exhibit ‘B’ revealed that the presence of blood spot of the victim on the undergarment of unknown person. Further, the  matching of alleles of exhibit ‘C’ and ‘E’ with mix STR profile generated on the bed sheet add on the evidences for the alleged person involvement in this crime which was not mentioned in the victims complaint (Table 2). As mentioned in the victim complaints but the missing information about the involvement of second male in the FIR, this finding startled us. The involvement of second unknown male in this particular case was proved as two different male DNA profile were generated from the exhibits (bed sheet) and also matching of alleles generated from exhibit A and B.

The unknown male DNA profile from vaginal swab and DNA profile of known accused both are accounted in the alleles of mixed DNA profile. The AmpFℓSTRR Y-STR system for Y-STR profile also confirmed the presence of seminal stains at scene of crime from two different male origins. The Y-DNA profile of known accused was also matched with the Y-DNA profile seminal stain on the bed sheet. Recently, a similar case study was reported from the State Forensic Science Laboratory Ranchi, Jharkhand, India. They tested DNA by highly sensitive multiplex PCR and quantification by RT-qPCR. They also used the similar genotyping AmpFISTR® Identifiler® Plus Kit for both the 15 autosomal STRs loci and a gender locus. The honorable court of the state has recognized the autosomal as well as Y-STR DNA profile as scientific evidence in the process of judgment [10].

The above observation of case proved that DNA profiling is a tool that is not only used to apprehend the guilty but also give lead to investigating officer for the further investigation in the case. The conventional method in criminal justice system can be tempered with witnesses may turn hostile, but DNA evidence tells the truth. DNA is very stable genetic material. if it is properly preserved the result will be unaffected, no matter for how long it is stored. Thus DNA evidence reveals the truth and never lies.

Authors are thankful to Forensic Science Laboratory, Govt. of NCT of Delhi, India for their continuous support and scientific facility facilities to conduct the work.